If you’ve read any of my previous articles on the blog, you’ll know that I’m a huge Apple fan – and that’s no understatement – so you’d expect me to have been first in line to pick up the tech giant’s latest offering, Apple Watch, at launch.

Surprisingly, that wasn’t the case, as after reading various pre-release reviews and having a bit of an internal ‘should I or shouldn’t I?’ battle with myself in the weeks and days before its launch, I made the decision to hold off and wait for the second generation, and for the tech to mature a bit, before picking one up.

Is Apple Watch worth it?

In addition, some other factors which led me to hold off purchasing were due to my confusion as to what I’d actually do with Apple Watch. I already wear a watch on a daily basis, I work on an Internet-connected computer all day, every day and my iPhone 6 Plus goes everywhere with me.

I’m not the world’s most enthusiastic when it comes to working out, so I don’t really have a great need for a fitness tracker, and I’m also not short of notifications pinging all around me to alert me of new activity, be it via email or Twitter, or good old-fashioned text message. To boil it down, I didn’t see how my life would be enriched in any way by owning Apple Watch.

And that was that.

Still, this past weekend I popped into my local Apple Store whilst out and about and after an unscheduled, ten-minute Try On with an Apple Genius, I made the decision right there and then to spend some dosh and walked out quarter of an hour later the proud, yet skeptical, owner of an Apple Watch Sport, with accompanying green sport band.

In this, the first in a planned series of articles, I’m going to chart my usage of Apple Watch over the next fortnight, not as an Apple fanboy (which is the usual hat I wear), but as a complete skeptic who really wants to be excited by this new tech. This particular article is going to focus on my first impressions of Apple Watch, with future instalments focusing on how I’m using Apple Watch in my daily life.

As of writing, it’s now Day Three of my 14-day experiment and in that time, I’ve worn the device from about 7:15am until around 10:30pm each day. It’s unbelievably comfortable, which I’m putting down to the sport band, as the Milanese Loop strap I tried on in the Apple Store was a bit nippy on the wrist for my liking. I’m used to wearing relatively chunky watches with metal link bracelets and although I tend to forget I’m wearing them as the day goes on, I’m usually vaguely aware that I’ve got something strapped to my wrist. With Apple Watch, that’s absolutely not the case. It hugs my wrist perfectly and it’s light enough for me to just forget it’s there. When it comes to taking the watch off at the end of the day, the sport band just pops right off with absolutely no difficulty whatsoever. Props to Apple for making this the comfiest rubber strap I’ve ever worn.

Battery life is similarly excellent, from what I can tell. Apple officially advertise 18 hours of battery life, and although I was initially curious as to how well this’d stack up (online reviews I’ve read previously are very favourable in this department), I’m yet to have my battery drop below 20% remaining at the end of the day, under what I would call ‘normal’ usage. Here, ‘normal’ is glancing at the watch when I get a notification or to see the time, and using it to control music on my iPhone during my daily commute to and from work. I’ve never had to turn on the ‘Power Reserve’ mode, but on the whole, I’m very, very happy (and pleasantly surprised) by Apple Watch’s battery life. It’s currently 10:15am and I’ve had the watch on since around 7:15am today – I’m at 93% remaining.

As I’ve mentioned previously, I’m a big Apple fan, using OS X as my primary and only OS on desktop machines and the latest builds of iOS on both my iPhone and iPad, as well as owning two Apple TVs, so I like to think I’m pretty well versed on how the software on these devices work. watchOS, the variation of iOS which runs on Apple Watch (version two of which is currently in beta), is a little more difficult to initially decipher. I’ve got relatively chunky digits, and the tap targets are quite small even on the 42mm model of watch I opted for, so I sometimes find myself tapping the wrong icon when navigating the small display and, also, the Digital Crown – Apple Watch’s primary form of input and navigation (think the original iPod’s click wheel) – is quite strange. Coming from an analogue watch, I keep expecting the watch face’s hands to change whenever I rotate the crown. I’ve found that I’ve almost abandoned using the Digital Crown in favour of finger swipes. It sort of becomes second-nature after a while, but I’d argue watchOS has a definite learning curve – albeit a small one – as opposed to iOS.

The screen itself, then, was a bit of a disappointment. I’m not sure whether I was taken in by the bright lights of the Apple Store, but using Apple Watch in ‘normal’ (there’s that word again) lighting conditions makes everything seem a little dim. I think I may be used to the vibrancy of iOS and OS X, and I completely appreciate that a brighter display would probably compromise the device’s battery life, I do keep thinking that I’ve somehow turned the screen’s brightness down accidentally, even though it’s actually up to maximum. Colours are nice and deep, and I’m already getting used to the screen, but I’d advise any prospective buyers who are used to having their devices’ brightness up relatively high to be aware that Apple Watch’s screen may seem a bit low in comparison. It’s not particularly great in bright sunlight, either, but I didn’t expect it to and I can usually see the screen just by shielding it with my hand whilst glancing down.

One of the major draws of Apple Watch is the much discussed Haptic Engine, which provides feedback in the form of tiny vibrations when notifications are received or to indicate system status. I did expect this to be quite strange at first, but I have to say that I really like how Apple have implemented this feedback. It’s somehow comforting and pleasing, and even after receiving a fair few notifications through Apple Watch since I bought it on Saturday, it’s still a novel thing when it lightly buzzes my wrist for one reason or another. To complement the haptics, the feedback chimes Apple Watch uses are just as pleasant, being just the volume and tone to signify exactly what they’re supposed to, without being annoying or intrusive.

So let’s wrap up for now. Why did I buy Apple Watch? I’m still not quite sure, but Apple’s 14-day return policy has given me the confidence to give the Watch a go for a fortnight before making a decision as to whether Apple Watch is for me. I’ve never owned a Smartwatch, and if I do decide to return it after living with it for a couple of weeks, I’ve not lost anything and will continue to see what Apple Watch V2 brings next year, but it seems like a no-harm-no-foul way to experiment with this latest tech for a bit to see what the deal is.

Am I going to keep Apple Watch? Right now, I’m edging on the side of no. My computer’s a tool, my iPhone’s a tool, but Apple Watch just… isn’t, and no matter what way I dress it up, it’s just an accessory, a ‘nice thing’ I like but don’t need. It hasn’t enriched my life so far and it’s yet to have its ‘wow’ moment, but I’m keeping an open mind and am looking forward to seeing how I fit Apple Watch into my life over the coming days. I’d really like to keep Apple Watch, and I do like it very much, but so far, I just can’t justify its relatively high price tag, when I can’t find a specific use case for it. 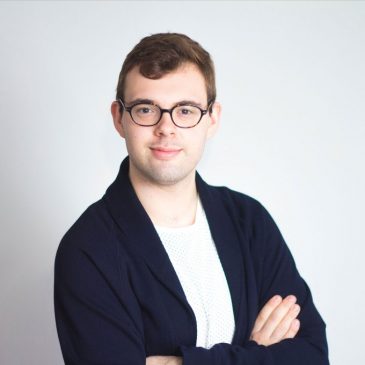 A Marvellous blog by Alex